When I told Danny that I took out Tilapia for dinner, I could tell from his face that he had a special request. Lucky for me, all Danny wanted was some sort of "middle eastern lemon rice". I looked it up and there were many varieties, but I liked Rachael Ray's recipe for Lemon Rice Pilaf the best. I followed the recipe pretty much, except for subbing cooking wine for the real stuff and using only water in stead of chicken stock, dried thyme instead of fresh, and adding 1/2 a lemon's juice and sesame seeds for a little crunch. I also used my rice maker. Ok, so I kind of modified every aspect of it, but it came out pretty good. For the tilapia, I sprinkled lemon-pepper on top and a little salt and baked it at 425F for 10 minutes. I made a sauce with 2 tbsp Smart Balance Light, a few red pepper flakes, 1/2 lemon's juice and salt and pepper. It was yumms :) the kids even ate it up (after a little convincing, of course). 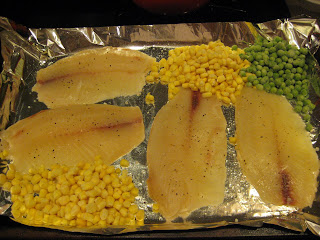 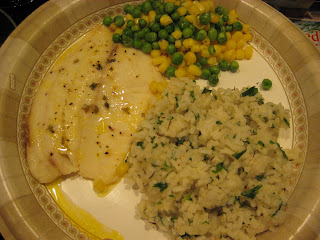 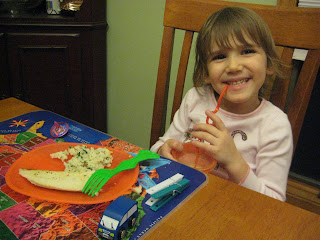 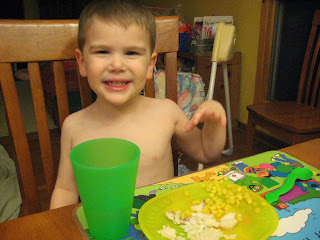