I can't explain it, but I had a feeling for breakfast last night and wanted to make a savory waffle. I thought potato waffles might be good and I was suprised to find this recipe. They were so good, a mix between a potato latke and a waffle and we did have them with sour cream on the side. Since I wasn't completely sure how they would turn out and since I have a 5 lb container of cottage cheese from SAMS Club, I decided to make cottage cheese latkes from Spice and Spirit to go with them. The kids devoured the latkes, even after I told them what they were made of! Danny enjoyed both things, but asked for something savory to go with the waffles next time, like some fried chicken! I think they would be amazing on the side with eggs, instead of toast or hash browns. Yum :)
---
Cottage cheese latke batter 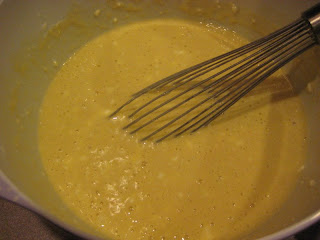 Egg whites, beaten to peaks, for the waffles 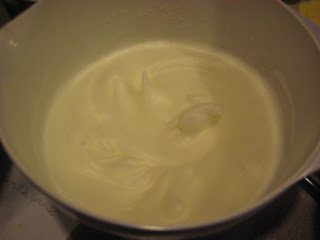 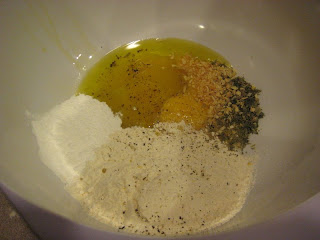 Grated potatoes, mixed with the seasonings, etc., for the waffles 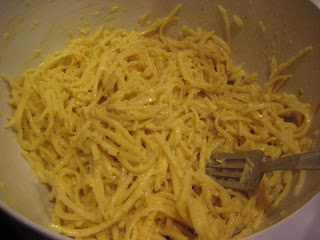 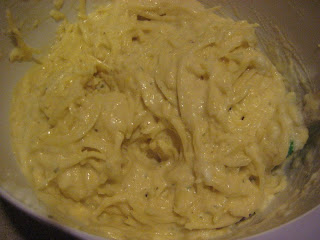 The beginnings of potato waffles... 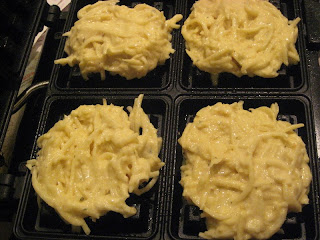 The beginnings of cottage cheese latkes... 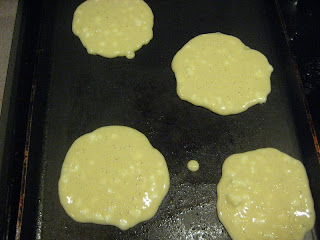 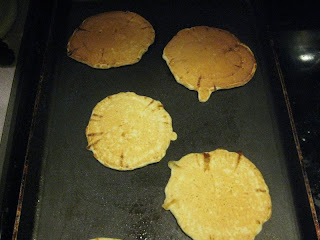 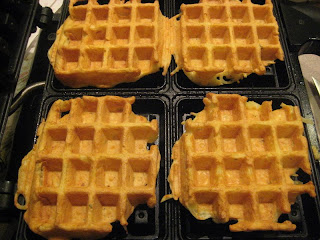 I will be looking at a plate like this again, and soon ;) 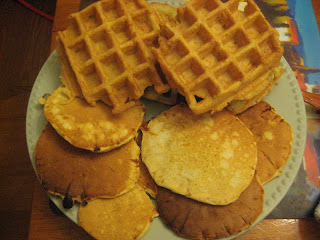