I had taken out some ground turkey and didn't really know what I was going to do with it. I decided to make good old spaghetti and meatballs. I really enjoyed it, but Danny wouldn't list it as one of his favorite meals: "you've made better..." The pasta did soak up alot of the sauce because I tossed it and then we waited to eat - that's a big no-no for Danny. There were a few portions left over that are now frozen and waiting for me to eat them for lunch and I am not complaining one bit.

My changes:
Onion --> large pinch of dried onion flakes
Milk --> 2 1/2 tbsp of non-dairy creamer (all I had left)
Bread crumbs --> matzah meal, much less than it called for - I ended up pouring out some when it wouldn't combine, I would add "as needed"
No cheese
Parsley --> dried parsley 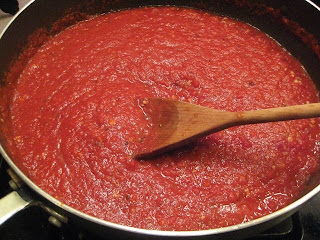 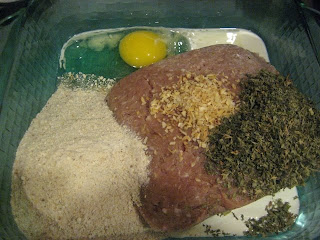 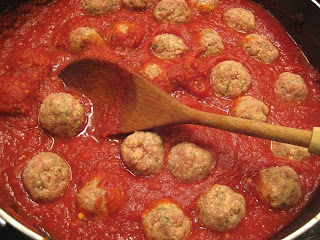 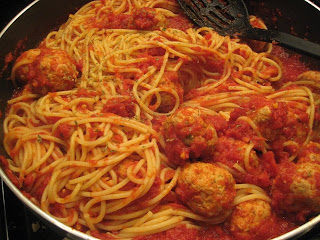