A couple of weeks ago, a good friend (hey lill!) asked me for a recipe that I made almost 2 years ago when they came for a visit. "That curry chicken with chickpeas...", was all she remembered and, at first, I had no idea what she was referring to. Danny couldn't remember what the dish was called, but remembered that it was one of his favorites. I went through all my cookbooks and found it in my personal file of cut out recipes - African Chicken Stew. I made it for dinner last night and it was just as amazing as all of us remembered, I even added a new fan to the mix (hey pnina!). A few steps, but really worth it. I made it mid-week and reheated it on the stove last night. We also had some for lunch today and Danny said that, had we not been going out for dinner, he would have had it for dinner.

Notes:
The guy at Garden Fresh pointed me to the Cream of Coconut, so I had to dilute it with non-dairy creamer...
I used creamy peanut butter
I used water, instead of stock
It was spicy, but *good* spicy - if you want less heat, cut the 1 tsp of red pepper flakes 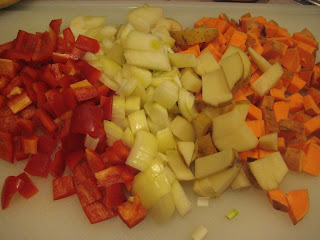 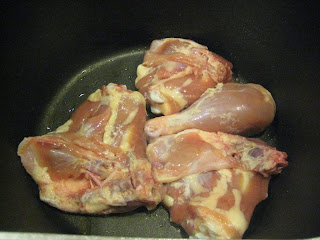 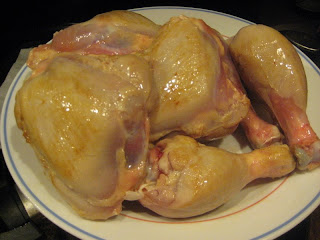 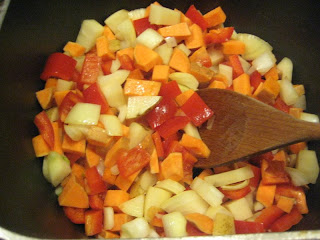 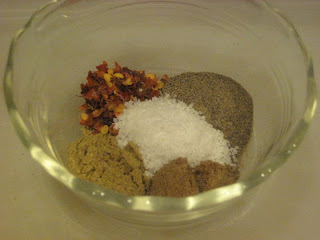 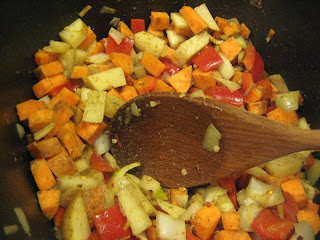 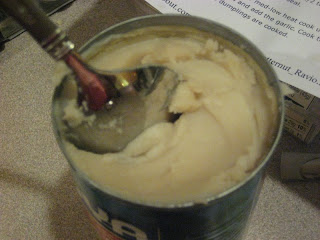 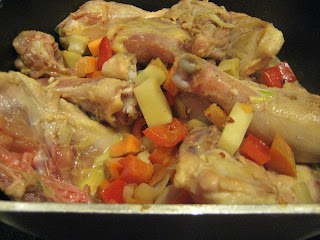 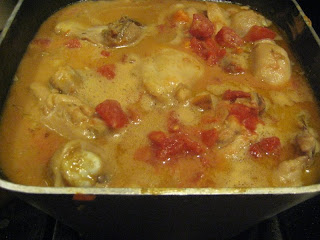 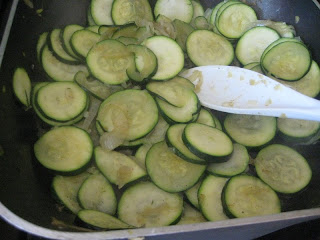 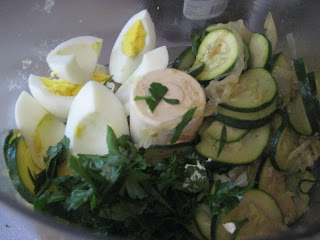 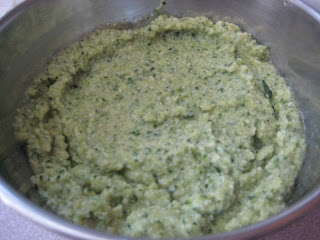 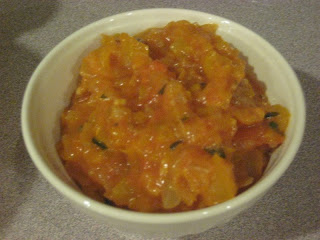 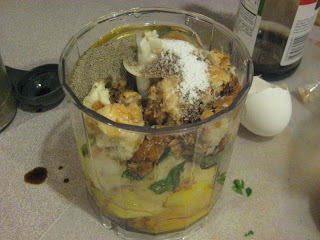 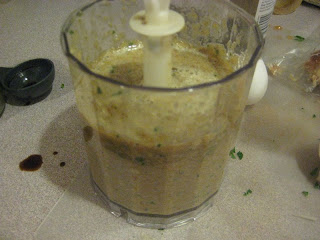 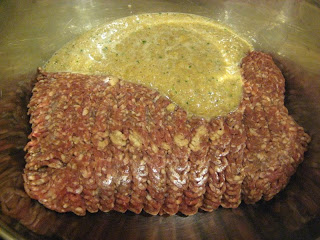 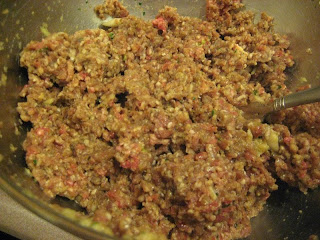 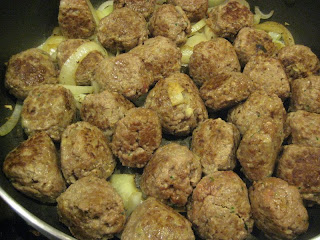 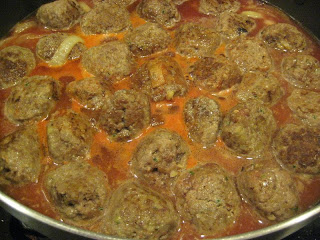