Every time Danny and I watch Throwdown on the Food Network, I get a major craving for whatever it is that they are making. Usually, it isn’t something one can just whip up, so I was really excited on Wednesday night when we turned on the Country Captain Throwdown and saw that I could actually make it with the right planning. Thursday night I went to get my produce and did most of the chopping needed. I prepped my chicken legs/thighs on Friday morning and, like Rachael always says, they waited for me and not the other way around :)

Here is the recipe from the winning Lee Brothers:

I followed it pretty closely, except for using bacon and leaving the skin on the chicken. I didn’t use chicken broth, I felt that it had enough flavor going on and didn’t have the time for broth. When it came time to put everything in the oven, I had to split the chicken into two Pyrex dishes and I wouldn’t do that again, the thighs didn’t cook as evenly as they would have in something flatter. Next time, I am going to simmer it on the stove in two large pans. When it was time to eat, I put the chicken back into a skillet and warmed it that way. As Bobby Flay did with his dish, I drizzled honey over it before serving. Danny felt that the flavors could have been stronger, but they were perfect for me. This made a lot of chicken – I used four huge legs and thighs – so I have two packs of Country Captain dinner in the freezer. I had wanted to serve Bobby Flay’s Coconut Rice, but didn’t read the recipe first to see that you use the coconut milk as half the liquid, but the white rice was perfect with such a complex dish. Next week…puffy tacos! :) 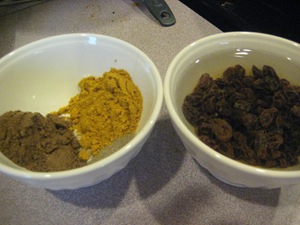 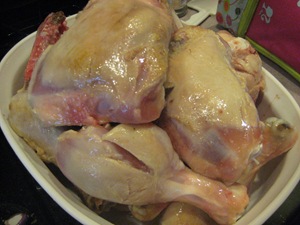 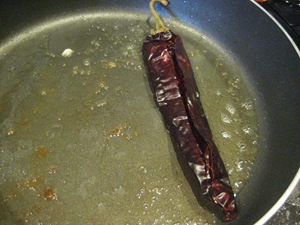 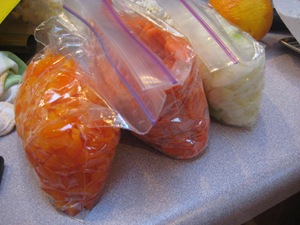 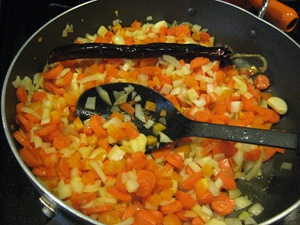 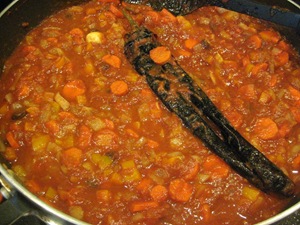 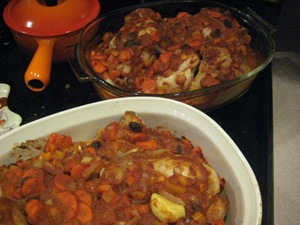 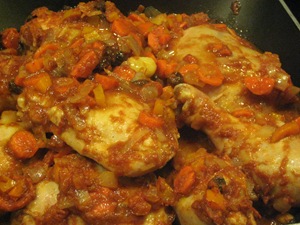