Being that I am not originally from Chicago, I had never heard of Pretzel Rolls before…have you?? Someone mentioned them on FaceBook (thanks, Naomi!) and once I saw a picture of them, I knew I had to make them.  Danny was out of town and I needed a good after dinner snack and these were *perfect* because they only took 25 minutes or so for each rise.  I only used 1/4 tsp of the celery seed and it was just the right amount.  You didn’t really know it was there, but it had something in the background that made it different than plain pretzels.  The recipe calls for 8, but I made 12 so I could eat some and give some to my dad.  They are best straight from the oven, but really good if you reheat them in the toaster.

The recipe is from Epicurious: 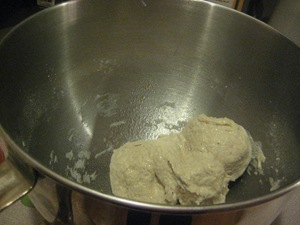 after the first rise: 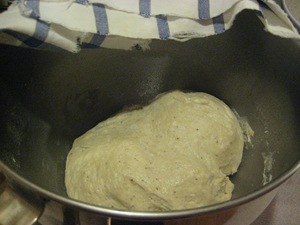 the 12 little guys, cutting them was hard, but they looked fine in the end: 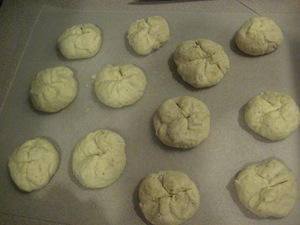 after the second rise: 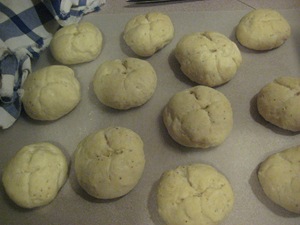 after being boiled for 1 minute and brushed with egg white and lots of salt: 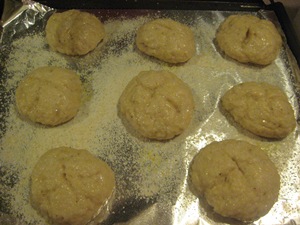 after 20 minutes in the oven…yum! 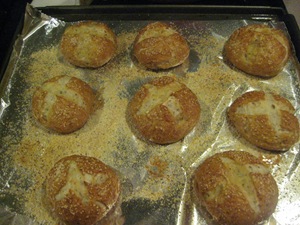 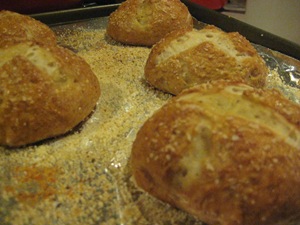